This is Memorial Day weekend in the US, which began in around 1868 as a day on which women used flowers to decorate the graves of Civil War soldiers who had fallen in battle. Originally called Decoration Day, it evolved to include decorating the graves of all family members. Once celebrated every May 30 (when flowers were in bloom, so before those pop-up stores that sell plastic flower arrangements), it became a national holiday in 1971 and was given the workplace-friendly date of the last Monday in May. It is also the unofficial beginning of summer.

I am thankful for those who gave their lives for the freedom of our country.

I am thankful for ancestors who make up the many branches of our family tree.

And I am thankful that winter is over and summer is here, officially or unofficially!

Join in the Ten Things of Thankful blog hop and share your thankfuls. 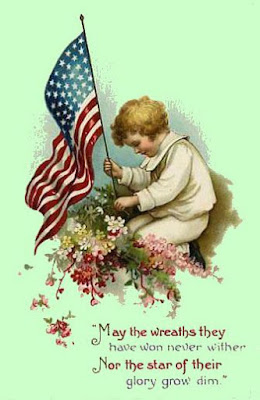 You are invited to the Inlinkz link party!

Click here to enter
Posted by Dyanne @ I Want Backsies at 11:30 PM

We're so glad you're here! Please say hi and share your thoughts with us!